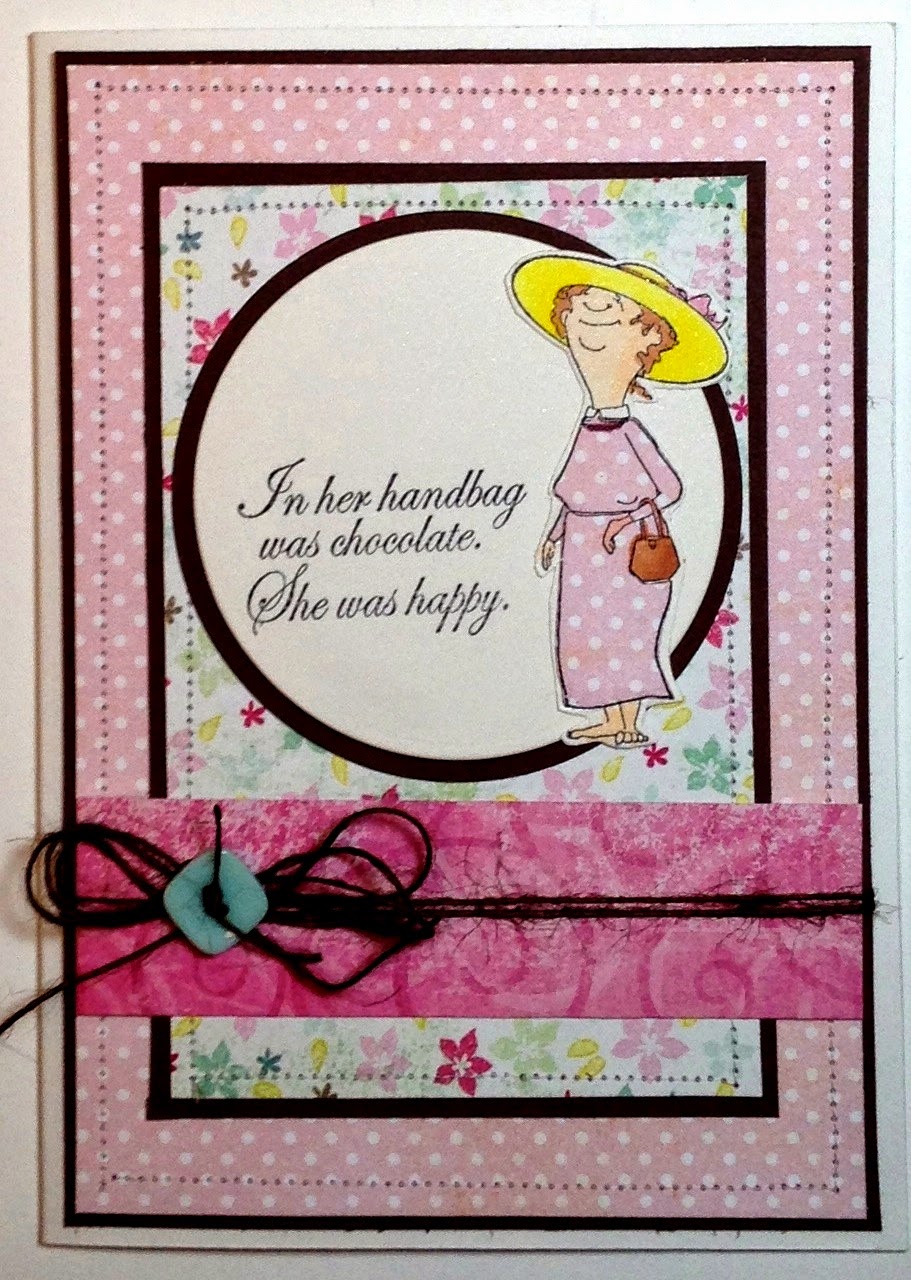 We just got back from Target to spend some birthday money that was suddenly burning a hole in my oldest kiddo's pocket.  His birthday was in March and out of the blue, he asked if he could drop some cash.  I have to say that I inwardly giggle at the cashiers when my guys bring their "stash" in to spend.  Today youngest bought a spiro-graph and the oldest bought a ginormous Nerf gun (for $49.99 -- yes, you read correctly $50 for a Nerf gun!)  Both of them then proceeded to pay for their purchases with a lot of change ... many MANY pennies!  We weren't exactly banned from darkening their door again, but I think that they were pretty excited to see us leave!

I want to share another card I made for the Eat Cake Graphics design team.  I'm using Eloise.  I used my favorite paper-piecing technique for her dress.  I plan to give this to a friend who doesn't carry chocolate but has a handbag big enough to carry some (as well as the ginormous Nerf gun) if she chose.

Thanks for stopping by.